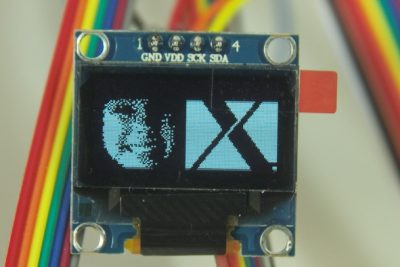 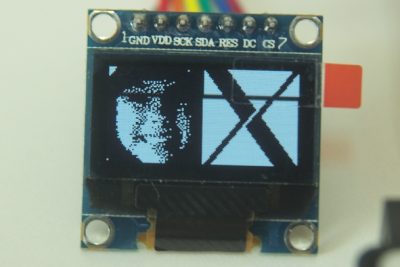 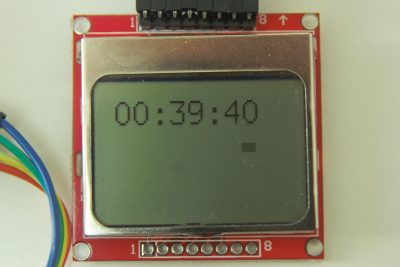 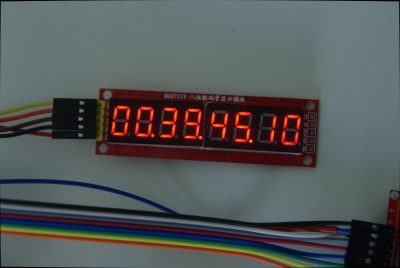 After clicking on the generate source code button, you’ll want to move these lines (see my github code if this isn’t clear enough)
[code]
/* Peripheral clock enable */
__HAL_RCC_I2C1_CLK_ENABLE();
[/code]
so that it happens before this
[code]
/**I2C1 GPIO Configuration
[/code]
Otherwise, the I2C busy flag will be stuck high and the I2C transmits will not work.

Looking through the datasheet, I can’t really make heads or tails of how to configure this thing and tell it to display stuff. Luckily, someone else has already done this and much more in the U8G2 library.
Setting up U8G2 is actually pretty easy once I figured out a couple things that aren’t in the doc. These are the things I’ll focus on here. You should start with this doc page. In a nutshell, once you have it configured, you can use code like this:
[code]
u8g2_FirstPage(u8g2);
do {
u8g2_SetFont(u8g2, u8g2_font_ncenB14_tr);
u8g2_DrawStr(u8g2, 0,24,"Hi World!");
u8g2_SendBuffer(u8g2);
} while ( u8g2_NextPage(u8g2) );
[/code]
To generate this:

This is the more interesting of the two functions you need to supply. Here’s the required function signature, also in u8x8.h. As another example implementation, you might look at the u8x8_byte_4wire_sw_spi function in u8g2.
[code]
typedef uint8_t (*u8x8_msg_cb)(u8x8_t *u8x8, uint8_t msg, uint8_t arg_int, void *arg_ptr);
[/code]
Which translates into a function like this:
[code]
uint8_t
u8x8_byte_my_hw_i2c(
U8X8_UNUSED u8x8_t *u8x8,
U8X8_UNUSED uint8_t msg,
U8X8_UNUSED uint8_t arg_int,
U8X8_UNUSED void *arg_ptr)
[/code]
and again msg is basically an enum 6, telling the function what to do. Initialize the necessary pins, start/end transfer…
Because this first example uses i2c and because this interface may be software implemented, (ie bit swizzling, which mine is not), the messages are broken into: here’s the device address, here’s a byte, here are some more bytes, ok go ahead and send. So my function carries a bit of state from call to call to collect the bytes. My function also has the oled’s i2c address hardcoded 7. So it begins with this buffer of bytes to send:
[code]
#define MAX_LEN 32
static uint8_t vals[MAX_LEN];
static uint8_t length=0;
[/code]
Then messages of interest are: 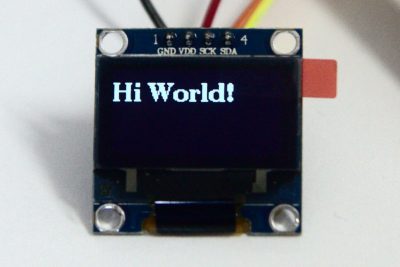 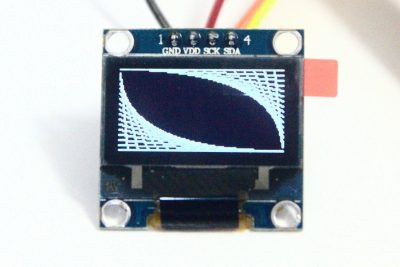 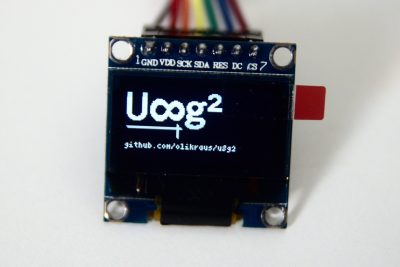 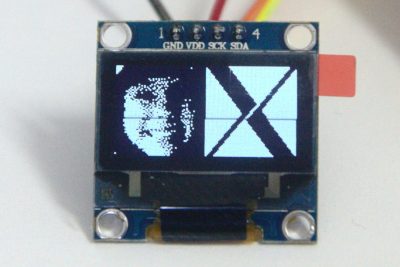